On May 3, Professor Trujillo presented at a workshop at the Rice University Baker Institute for Public Policy on the “USMCA and the Environment.”  This was part of a grant-funded research project for which she was invited to partake entitled,  “Trends in Global and Regional Trade: The View from North America.” This project is funded by the Charles Koch Foundation and organized by the Baker Institute’s Center for the US and Mexico and is planned to culminate in a report on the achievements so far of the new NAFTA, the USMCA. 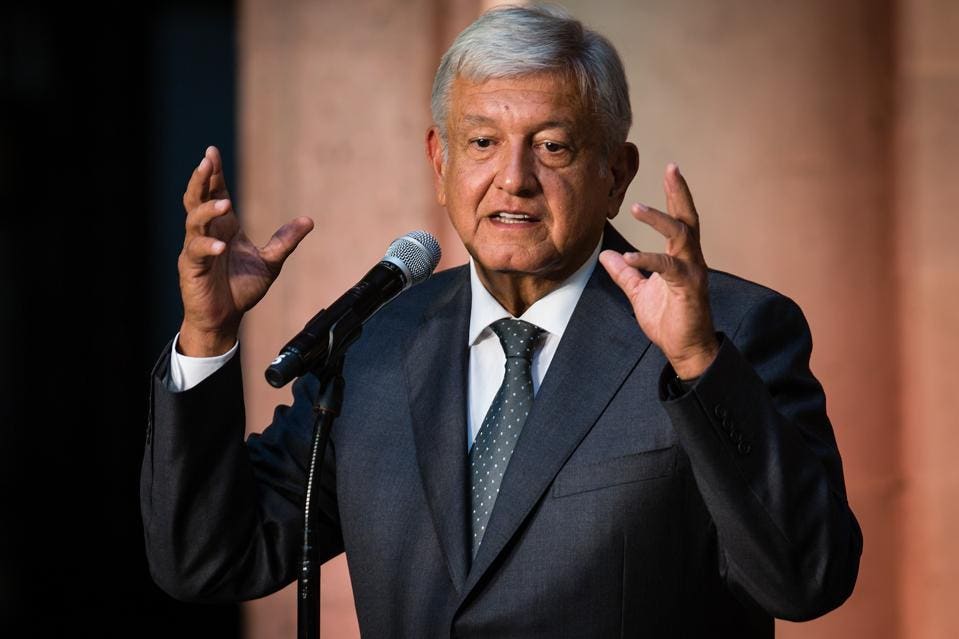 Professor Julian Cardenas Garcia was quoted in a Forbes article discussing how Mexico’s June mid-term election has fended off nationalization fears for the energy sector.

FACT SHEET: Vice President Harris Launches a Call to Action to the Private Sector to Deepen Investment in the Northern Triangle

May 10, 2021 - Shalanda H. Baker, the first-ever Deputy Director for Energy Justice at the U.S. Department of Energy, will serve as the keynote speaker at the Environment, Energy & Natural Resources Center's 5th Annual North American Environment, Energy, & Natural Resources Conference, which will be held virtually. The conference, "Environmental Social Governance (ESG): Major Mover Towards Sustainable Energy Future," will begin at 8:30 a.m. on Tuesday.

The 2020 Black Lives Matter (BLM) protests were inspired by the need to end racist violence by police and federal agents, but the movement has the much larger goal of challenging not just individual racist acts, but systemic cultural, political, legal, and economic bias in the United States. Racist violence is not an arbitrary, spontaneous series of isolated incidents, but a symptom of deep-seated historical inequalities and biases in U.S. culture and the economic system. International human rights law (IHRL) is often thought of as a system of discrete individual rights, but IHRL also imposes broad duties on states to address the root inequalities and biases that create and sustain racial injustice and racist attitudes. Understanding the nature of the underlying problems requires delving into social science, particularly the social psychology of implicit bias and the macroeconomics of racial justice.

This roundtable has two objectives. First, it will draw on diverse social science research to explore the origin and operation of systemic racism in the United States that gave rise to the BLM movement. Second, the roundtable will analyze how IHRL obligates states to address these systemic problems.”

Speakers include, in addition to Zachary D. Kaufman as moderator :

Webinar — Improving the Environment Under the USMCA

This webinar — the fourth in the series on the United States-Mexico-Canada Agreement (USMCA) — featured a discussion of the USMCA’s chapter on the environment, which incorporates major improvements over NAFTA. Most observers agree that the new provisions, if implemented in good faith, could contribute to environmental improvements in such diverse areas as marine and forest resource management and air quality.

Dec. 16, 2020 – The University of Houston Law Center has established the Initiative on Global Law and Policy for the Americas (GLPA), aimed at uniting academics, practitioners and policy makers to develop research, coursework and collaboration in the areas of international and comparative law.