Nov. 15, 2021 – Invited guests were treated to a preliminary viewing of the University of Houston Law Center’s new John M. O’Quinn Law Building last week. It is scheduled to open Fall 2022. During the event, attendees listened to remarks from UH President Renu Khator, Dean Leonard M. Baynes, government officials, and other prominent UHLC alumni who were involved in the project.

Dean Baynes opened the preview, saying how the new building has been a decades-long dream of alumni, faculty, staff and students, and $93 million was raised for the project. In addition to continuing to provide students with an excellent legal education and serving as a hub for innovative research and legal scholarship, the new building will enable UH Law Center to expand on its role to serves the needs of underrepresented Houston residents through its clinics, which provide free legal services to the community.

“We’re going to have a world-class building that will be reflective of the character and caliber of the Law Center,” he said.

Baynes also thanked the John M. O’Quinn Foundation and their trustees Rob Wilson and Mike Lowenberg for their partnership and for allowing UHLC to recognize John by naming the building in his honor.

The John M. O’Quinn Law Building will be the newest law school building in the state and one of the newest in the country. At approximately 180,000 square feet, it will feature amenities such as an outdoor terrace, meditation room, convenience store, courtroom and more.

President Khator presented a behind-the-scenes glimpse of how the dream started becoming a reality.

“This day wouldn’t have arrived without a journey,” she said.

She said the old building didn’t suit the esteemed nature of the Law Center, and it was agreed that a new building was necessary. After receiving $10 million from Cornerstone Club members, the Law Center was able to approach the state legislature about the project. President Khator thanked state officials for seeing the vision and supporting the project.

“It was not an easy thing,” she said. “It took many votes to get it passed.”

The next speaker was State Senator John Whitmire, dean of the Texas Senate, who celebrated the bright future the new building will provide for students.

“You’ve established a facility on campus that will serve students for years to come,” he said.

Whitmire also publicly presented a challenge to the Law Center to not only help prepare future lawyers, but also to increase giving the community a sense of representation, specifically people in underserved communities who are facing legal troubles and need an attorney.

State Senator Royce West followed with remarks and shared that his grandson is currently a UH undergraduate student and he’s excited that he will witness history with the new building.

“As leaders, we need to make sure the ship is steady and we’re going in the right direction,” he said. He also echoed Whitmire’s emphasis on supporting the community.

State Representative Armando Walle then spoke, citing the importance of diversity and providing opportunities for kids to pursue an education and achieve excellence.

A project eight years in the making, Bill Jackson, partner at Kelley Drye & Warren and Cornerstone Club donor, discussed how its success involved a commitment to the large vision. He said the old facilities have held them back, so this was the one thing everyone could coalesce behind.

“At the end of the day, this is a remarkable undertaking for the Law Center,” he said. “Houston is the city of the future. The Law Center is a reflection of that.”

Dean Baynes concluded the event by recognizing government officials, members of the legislature, the Cornerstone Club members, donors and the UH Law Foundation. He also emphasized the importance of looking forward into the future and mentioned the Law Center’s upcoming 75th anniversary next year.

The event began with the second installment in a new UH series called RED Talks. RED Talks are a series of educational-based dialogues between donors and UH experts to promote awareness and engagement. Similar to a TED Talk, they are brief and highlight a key subject matter to provoke thought and dialogue as well as celebrate professors’ expertise.

Prior to the exclusive preview of the John M. O’Quinn building, UH Law Center Professor Dave Fagundes gave a RED Talk, “How Much Is Your Life Story Worth?," which gave an insider’s look into Hollywood life rights deals. Fagundes discussed how film and television production companies pay handsomely for the right to tell the stories of real people, even though the law doesn’t give people the exclusive rights in the facts that comprise their lives. 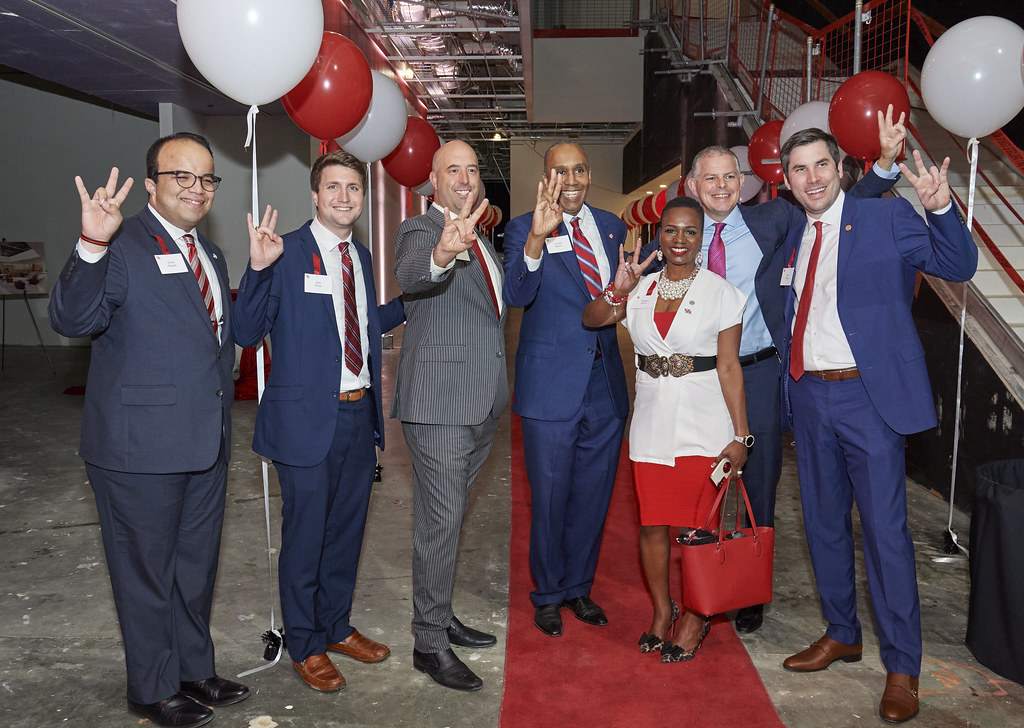 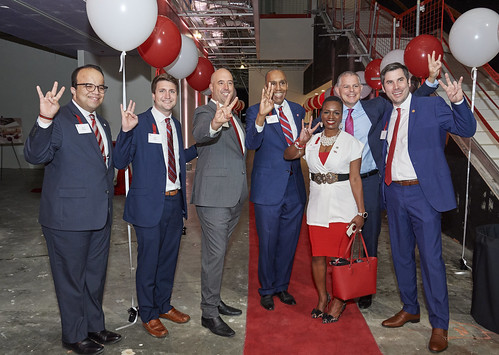 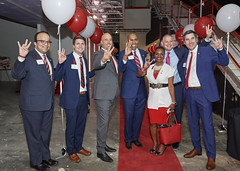